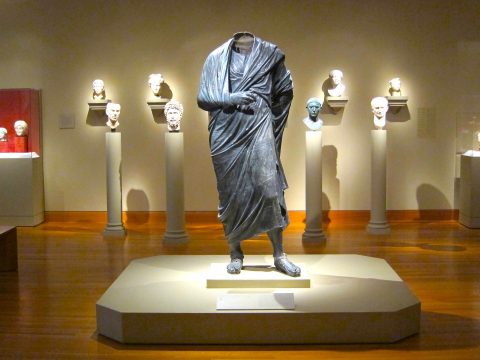 Hello and welcome to this month’s Mythic Moments newsletter. What do you do when people close to you betray your trust? Do you get angry, determine to get even, retreat, or distract yourself from the conflict?

Recently, I became aware that someone I knew and trusted was attempting to copy my Story Image Therapy (SIT®) method and ideas. Thankfully, I trademarked the therapy in 2015 and can prove it is mine. I did, after all, complete a doctorate on the subject. But that’s not the point. The point is that at the thought of someone trying take credit for my work, I felt incensed.

I then started thinking how Jung and the Stoics would deal with it. Carl Jung would say the potential for betrayal is in everyone’s shadow. This means we all have the capacity to choose to betray others. The operative word is choose. Jung felt that we don’t really solve a problem. Rather, we go to the figurative mountain top, and learn to “see it differently.” The Stoics say the same.

I will use the story of the virtuous Roman emperor, Marcus Aurelius, as an example.

Late in his reign, fighting against invading Germanic tribes far from Rome, Aurelius was sick and dying. Upon hearing the news of his decline and presumed death, Marcus’ friend and most trusted general, Avidius Cassius, declared himself Caesar, assuming Marcus’ throne. Did Marcus feel incensed when he found out that this man, his friend, was trying to take his job and life? Most likely. As luck would have it, Marcus didn’t die. Upon his recovery, what did Marcus do? He kept the news quiet and waited, hoping Cassius would come to his senses and renounce the throne. He didn’t.

Aurelius then called a council of soldiers, announcing that they would march against Cassius and obtain “the great prize of war and victory.”  For Marcus, this did not mean Cassius’ death. Instead, he decided to “forgive a man who has wronged one, to remain a friend to one who has transgressed friendship”. He would, therefore, continue to be faithful “to one who has broken faith.”

When we’ve been wronged, it is easy to get angry. We can feel justified in judging and acting harshly… and we have every right to do so. But just because someone else has acted without integrity, doesn’t mean we should do the same. Life is really about choice and consequence. Marcus told his men that if there was one positive thing that they could derive from the situation, it was to “settle this affair well and show to all mankind that there is a right way to deal even with civil wars.”

Here is a short video to explain the stoic view of revenge and retaliation.

So, the next time that some betrays you or violates your trust, remind yourself that in the end they are betraying themselves. And according to Jung and the Stoics, that’s the worst kind of hell.

Choose what type of individual you wish to be. Choose wisely and may every mythic moment in your life be a positive one.