In ancient Greece and Rome, stories about gods and goddesses, heroes and monsters were an important part of everyday life. They explained everything from religious rituals to the weather, and they gave meaning to life.

The characters, themes and lessons of Greek, Roman, Norse and other cultures’ mythological stories have shaped art and literature for thousands of years. They have also inspired scores more recent plays, films and novels.

Some of the greatest minds in history knew of story’s power. One of the greatest storytellers of all time, Plato, knew first-hand that stories could generate images that influence behaviour. Credited with the invention of the first university and highlighting the importance of education, it was Plato’s The Republic, particularly his allegory of the cave, that was used to contrast the way in which we perceive ‘reality’.

Sparta was a warrior society in ancient Greece. At the time, the Spartan warriors were considered the best soldiers in the known world. Training began at age 7 when all Spartan boys left home to go to military school. During their training, until the age of 18, the boys were subjected to rigorous skill-development, exercise and discipline. 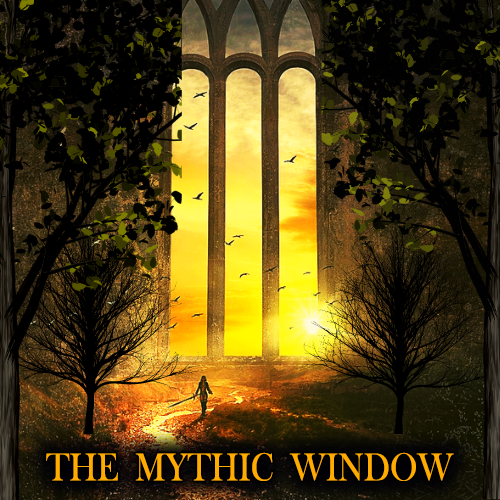 The Mythic Window workshop is an interactive introduction to Story Image Therapy. It is designed for young people and their parents, carers, teachers, counsellors and youth workers – basically anyone with an interest in helping youth to learn more about themselves through ancient wisdom. Such universal guidance is delivered through myth based stories and images.

The purpose of the workshop is to help individuals to learn, and  understand, how mythic heroic fantasy fiction can be used for adolescent identity development and to teach practical life skills. Mythic heroic fantasy storytelling follows a natural law perspective, and has been used by individuals in a variety of cultures, including the First Nations Peoples of Australia, for a millennia.
The Mythic Window program and workshop highlights the importance of using an ancient literary genre that young people already embrace in contemporary society through books, movies and video games.

The Mythic Window aims to help improve young adult’s mental health literacy. That is, their understanding of the fundamentals of story writing or storytelling in relation to what mental health is, how to improve it, when to seek help for mental health problems, and effective versus ineffective ways of coping etc. Students in the Mythic Window workshop reflect upon the author’s intent, content and literary style, and how this relates to their own writing and lifestyle choices today.

Throughout The Mythic Window course, students and teachers are encouraged to keep a journal. This is because reading and writing modalities (in the form of letter writing, drawing, doodling and journaling) are recurring themes highlighted throughout the Shadows of Sylvaheim narrative and a significant part of Stoic philosophy. As part of the journal-keeping exercise, YA readers/writers can thus experience first-hand the modalities promoted in the narrative.

During their journal writing task, students are encouraged to ask questions such as:

Expression of Interest in SIT Training

If you are interested in our SIT Training or require more information please fill in the form below and we will be in contact with you as soon as possible.